The global primary energy demand will continue to grow along with the energy demand due to the growing population and economic growth. But on the other hand, G20 members and other countries in the world have set the net zero emission (NZE) targets in line with the Paris Agreement.

Indonesia's commitment to achieve the NZE target continues to be expressed, among other, through the energy transition. In fact, energy transition is one of the main topics to be discussed at the upcoming G 20 Summit next November in Bali. In the Nationally Determined Contribution (NDC) document, Indonesia targets emission reductions of up to 29% with own efforts or up to 41% with international assistance. 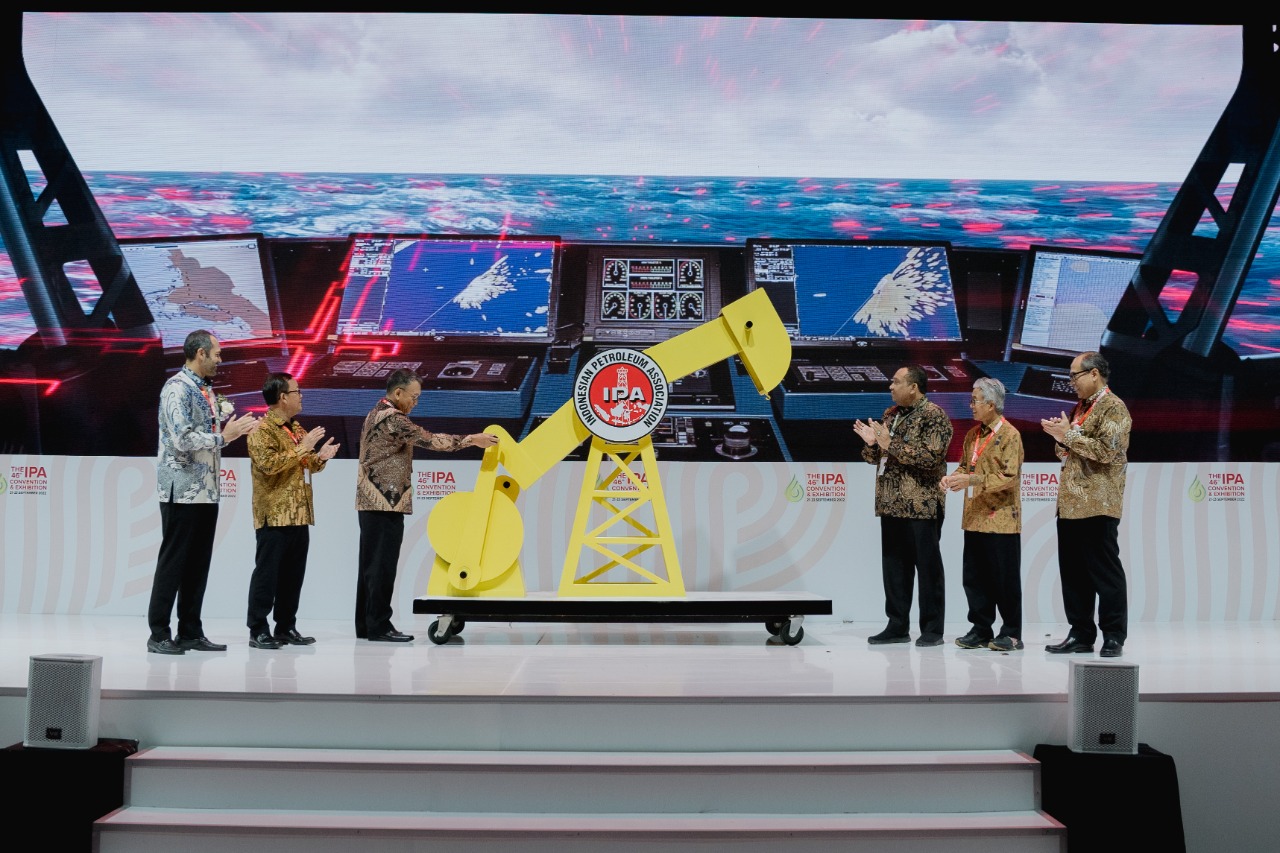 Irtiza explained, in the next 10-20 years, the upstream oil and gas industry needs to develop and explore Indonesia's oil and gas potential given the high demand for energy. "This effort will tick two checkboxes at once, namely: increasing state revenues and meeting energy needs for Indonesia's growth," he said.

One of the most promising technologies to achieve lower emissions is Carbon Capture and Storage (CCS). The application of this low-carbon technology aims to reduce emissions and achieve net zero emissions by 2050 or sooner. However, policy support is needed to encourage its investment.

“In the case of a technology like CCS, the investment required is enormous, and deployment at an industrial scale are long-term commitments.  To make the long-term business case for such an investment, stakeholders expect that government policy will support the technology they’re helping to scale,” Irtiza added, “and the transition towards renewable energy requires close collaboration between stakeholders, both in the government and in the private sector.”

“We are playing a decisive role in supporting the energy transition while meeting the soaring demand for energy. Moreover, it takes tremendous and collective effort to achieve sustainable and reliable energy. So, let's work out a scenario for a lower carbon future together," he said.

Meanwhile, the Minister of Energy and Mineral Resources, Arifin Tasrif, said in his opening remarks that the Government of Indonesia is cognizant of the importance of tackling the challenges of climate change and the energy transition towards Net Zero Emission in 2060. However, oil and natural gas in the energy transition play a very important role because fossil fuels still make up the bulk to meet the national energy demand. "For that we need a measurable transition process and we must manage the energy system to adjust for it," he said.

Arifin added that, speaking of low-carbon energy, the role of natural gas is very important as a transitional energy before the dominant fossil fuels give way to renewable energy in the long term. "Of course, this energy transition will be carried out in several stages by considering competitiveness, cost, availability, and sustainability," he said.

Per Arifin, to achieve a balance between increasing oil and gas production and carbon emission targets, it is necessary to innovate low-emission technologies, for example through the application of CCUS. There are currently 14 CCS/CCUS projects in Indonesia, but all activities are still in the study/preparation stage, however, most of them are slated to be onstream before 2030.

“One of the most promising projects to be implemented in the near future is Tangguh Enhanced Gas Recovery (EGR) and CCUS. This project aims to reduce carbon emissions by around 25 million tons of CO2 by 2035 and increase production to 300 BSCF by 2035. Tangguh EGR/CCUS can be a role model for the future gas development in Indonesia, he said.

Arifin said that currently the Government is drafting a Ministerial Regulation on CCS/CCUS. As the first step, the main focus is to regulate CCS/CCUS for Enhanced Oil Recovery, Enhanced Gas Recovery or Enhanced Coal Bed Methane in oil and gas working areas. "We are still finalizing the draft and this regulation is one of our priorities," he said.

Arifin is optimistic that by means of international cooperation, the oil and gas industry can overcome all challenges by implementing technologies that can help reduce greenhouse gas emissions further towards Net Zero Emissions.

"We invite the contribution of all relevant stakeholders in exploring, producing and developing Indonesia's oil and gas sector, as well as exploring new innovations and rewarding solutions that will bring prosperity to all of us," he said.

The Coordinating Minister for Maritime Affairs and Investment, Luhut Binsar Panjaitan, in his speech delivered via video screening, explained that the oil and gas industry remains strategic for Indonesia's economic development. He elaborated that the role of this industry is even more significant as Indonesia supports the Paris Agreement to achieve net zero emissions by 2050 or earlier by providing much-needed clean energy that helps us transition to more renewable energy in the energy mix.

“This is not an easy task – as we must maintain Indonesia’s economic growth, and at the same time, it will require abundant, affordable, and reliable energy sources,” he said.

Luhut explained that Indonesia is still attractive to investors, considering that Indonesia’s growth for the past three quarters is more than 5% despite the conflict happening in Ukraine, and the world is still recovering from the pandemic. “This is impressive compared to our neighbors and even developed countries. I commend everyone, including the oil and gas industry, for supporting that achievement. One thing for sure is people wants to invest in Indonesia,” he said.

He further said that with the ever growing Indonesia economic development, the energy availability and security have become more important than ever to support this growth.

Luhut appreciates the oil and gas industry which has discovered various new oil and gas fields such as Premier Oil that has just discovered a new gas field off the coast of Aceh; Pertamina Hulu Rokan that has completed more than 350 new wells within one year of the acquisition; and ExxonMobil Cepu Block for drilling more clastic and infill wells.

He hopes that these discoveries will attract investors to come and invest in Indonesia. We want to show the world how attractive making business in Indonesia is. And we want those not only to benefit Indonesians through technology transfers and capacity building but make a good return for the investors,” he said.

IPA Convex 2022, which is held jointly by Dyandra Promosindo as a co-organizer, and supported by the Ministry of Energy and Mineral Resources and SKK Migas, will take place as a hybrid event for three days, 21 to 23 September 2022. The event is supported by a number of sponsors, whether oil and gas companies or other companies from the upstream oil and gas industry in Indonesia. The sponsoring companies include: PT. Pertamina Hulu Energi as Platinum sponsor; BP Berau Limited, PT. Energi Mega Persada Tbk., ExxonMobil Indonesia, PT Medco Energi Internasional Tbk (MedcoEnergi), Mubadala Energy and PETRONAS Indonesia as Gold sponsors; Chevron Indonesia, Sinopec Indonesia, Harbor Energy and Schlumberger as Silver sponsors.

EML to complete FEED of gas field project in Q2 2023